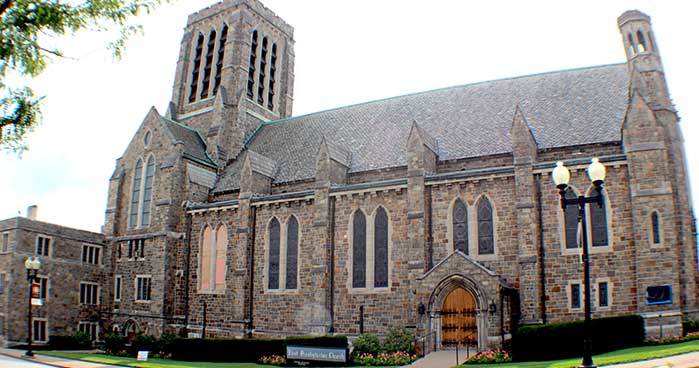 Greensburg is growing and so is the Greensburg economic data available. Business owners and residents continue to move to the area, making it a great place for new ventures to thrive and investments to achieve a favorable return. As the county seat, Greensburg is centrally located within Westmoreland County, with easy access to the Laurel Highlands, the City of Pittsburgh, and other communities of southwestern Pennsylvania.

As of July 1, 2017, the Census Bureau has estimated that the Greensburg city population is at 14,299 and the median age is 40.3 years old. The median income is $36,256 and there are approximately 7,813 housing units. Student enrollment is high due to both a public and private elementary and secondary school system. There are two universities located in the Greensburg area; Seton Hill University is within the City limits and the University of Pittsburgh at Greensburg is 2.3 miles from downtown. The undergraduate and graduate students from the universities contribute to Greensburg’s population growth. Visit the U.S. Census Bureau web site for more data on the city of Greensburg economic data.

A 2009 Transit Revitalization Investment District (TRID) study, the most recent year in which such a study was conducted, analyzed the property within the Cultural and Shopping Districts and determined the following general characteristics. As with most downtowns and urban centers, a significant percentage of property within downtown Greensburg is public (tax-exempt). Churches, nonprofit organizations, and government agencies own 1/3 or 29% of the property within the downtown area. The percentage of public (tax-exempt) properties is balanced by the composition of commercial property, 30%, and residential property (single-family and multi-family), 32%. An opportunity exists to increase the percentage of mixed-use property beyond 3% and to decrease the percentage of vacant buildings by promoting the growing student housing rental market. Promotion of vacant lots as sites for new infill commercial and/or mixed-use buildings is also an opportunity.

Greensburg’s Cultural and Shopping Districts represent 0.23 square miles within the city and include 784 parcels. Existing land use falls within the following percentages:

The ability of Greensburg’s Cultural District to attract visitors and capture their dollars within the local economy mirrors the conclusions of national, state, and regional reports. The Cultural District’s most notable impact within the Greensburg economic data available for the local economy is the direct spending by patrons of the Palace Theatre. An economic impact study by Mullin Lonergan Associates determined the 2017 season generated $15 million to the local economy, an increase of $1.8 million from a 2014 study. According to a March 2018 Tribune Review article, the Palace Theatre sold $3.8 million worth of tickets in 2017, an increase of about 46 percent from 2016.

A recent study by Tourism Economics showed that travel and tourism continued to be a fundamental component of Pennsylvania’s economy, with visitor spending contributing $40.8 billion into the state’s economy in 2015, the most recent year for which data is available – a 2.9% increase from 2014 and new record high. In fact, 2015 marked the sixth straight year of increases in traveler spending. Feeling more confident about their personal finances, travelers increased their spending in every travel category in 2015, but have been spending an increasing share of their travel budgets for arts, entertainment, and recreation with the sector growing by close to $2 billion, or almost 40%, between 2009 and 2015.

An estimated 195.6 million domestic and international visitors traveled to and/or within Pennsylvania in 2015, up from 192.8 million in 2014. Overnight visitation continued to show a steady increase with the number of hotel room nights sold, up 2.0% from 2014. Per trip spending also increased. A combination of higher prices, especially for lodging, as well as improved consumer confidence and travelers’ willingness to spend more at restaurants, attractions, and retail establishments as the cost for transportation declined.

In the Laurel Highlands region, travelers spent over $1.8 billion in 2015. $335 million was spent on arts, entertainment and recreation, $135 million dollars of which was spent in Westmoreland County alone. The Laurel Highlands region continued to have the second highest proportion of traveler dollars going to lodging and the third highest share of trip dollars on food & beverage purchases and shopping among the state’s tourism regions.